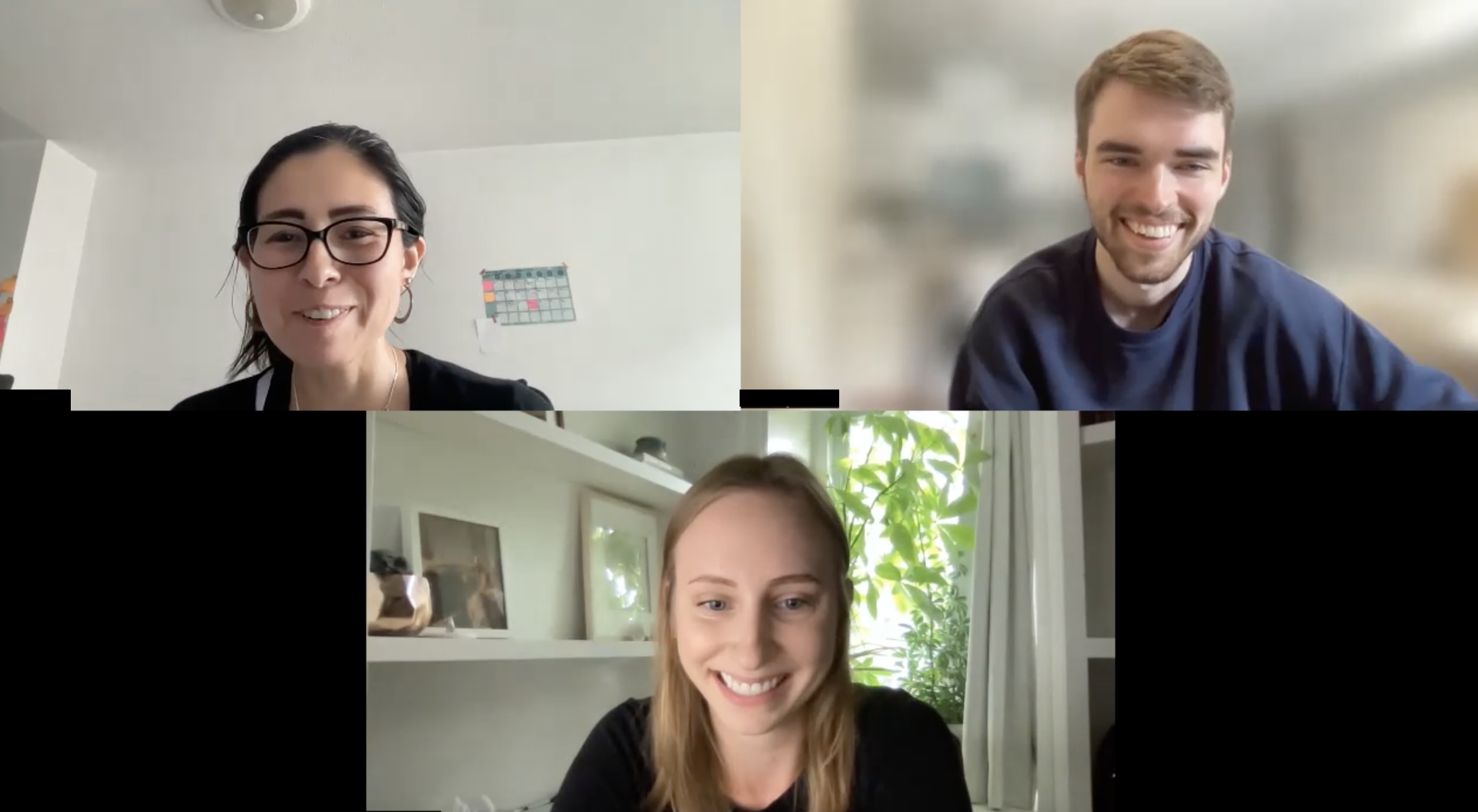 What is BizOps? Comparing BizOps at a Series A Marketplace and a Series E SaaS

BizOps is one of our favorite roles in tech. It’s wide in scope, fast paced, and requires both high-level strategic thinking and a deep level of analysis. It can also look different depending on the company. We sat down with two alumni of The Commons who are now in BizOps Manager roles to pull back the curtain on BizOps, and learn more about what the role entails at their companies.

You both work in BizOps functions at different companies - one being a Series A marketplace org and the other being a Series E SaaS org. Can you tell us a little bit about the companies?

Sybil (Series E, SaaS): I’m Sybil, and I'm   a Senior Analyst on the BizOps at Clio, a Series E legal tech company. Clio has already spent 14 years in the market, originally as a software as a service (SaaS) company for legal practice. We’ve since expanded to payments and are currently working on international expansion.

How would you define the BizOps function at your company?

Sybil (Series E, SaaS): The scope of BizOps teams can vary so much from company to company, so I usually describe BizOps overall using a bit of a cliche: BizOps acts as the internal consulting team for the company*. BizOps works with teams across the org to improve operational efficiencies and provide strategic input.

Specifically at Clio we have two big mandates. The first is reinforcing reporting and OKR monitoring and empowering other teams within the company to own their metrics. The second is strategic planning as we continue to scale, and making sure we have solid business cases behind the decisions made, such as building a new product.

Alysha (Series A, Marketplace): At ResQ, the major focus for BizOps is growth. I would split up our role into two pieces. The first is designing and implementing experiments to test new hypotheses and get our product to market. An example of this would be working with our product team to run an experiment to help them decide whether or not to allocate more resources to a new feature. The second piece is supporting other teams, similar to what Sybil said about BizOps being the “internal consulting team”. For example, helping another team gather the data needed for insights or helping them implement reporting to better understand performance.

*The Commons: We’ll flag that BizOps teams in tech are almost always both strategizers and doers (versus in consulting where you can often find yourself strategizing but not executing). In tech, you’ll find the execution elements amplified in certain orgs, like Marketplace companies.

If there is such a thing, what does a typical day as a BizOps Manager look like?

Alysha (Series A, Marketplace): I'd say a typical day is broken down as follows: 25% of your day is spent in cross-functional meetings with other teams, 50% of your time is in the weeds with the experiments you’re running - keeping track of performance and making sure they are being executed correctly, and the last 25% is made up of ad hoc asks that you pick up from the team. For example, it could be that something's not working as expected and needs attention, dealing with a client request or providing extra support to the product team. The BizOps team is the first line of defense for problem solving any operational issues that may come up on any given day.

‍Sybil (Series E, SaaS): There are very few “typical” days on the BizOps team at Clio, except maybe for the week that we do monthly business reporting and have a clear, established workflow for that. But even then, sometimes we have to adapt to new requests, usually if the executive team wants to dive deeper on any aspect of the reporting.

The rest of the time, every day is spent tackling a different project, and they are all quite varied. One project might require me to do a deep analysis to reach a decision, while another might require a very quick decision, only being able to analyze at a high level.

Another point I’ll add is beyond the specific projects we are working on, stakeholder management is an extremely important skill and it’s critical to spend time maintaining relationships across departments. Since we work on so many different projects, it’s important to have good working relationships with others. That might look like bi-weekly or monthly coffee chats with people from other teams to hear about what they’re working on and what challenges they are facing. This also helps us, as the BizOps team, to have a better understanding of what’s going on in the organization as a whole, so that we can identify areas of synergy - like teams who may be working on similar projects that could benefit from coming together.

You both mentioned working cross-functionally and managing stakeholders. What types of teams do you work with?

Sybil (Series E, SaaS): At Clio, the BizOps team works very closely with both the RevOps team, who handles go-to-market and sales ops, and the FP&A team, who owns the P&L for the company. We are in contact with these two teams every day because our projects are focused on strengthening the bottom line for the company, and in order to do that it’s very important to understand performance metrics across the company.

On the more technical side, product managers are another stakeholder we work with. When the product team is working on a new initiative, they may come to the BizOps team to help with market sizing and creating a business case for it and to gain an understanding of the business impact of different decisions.

Alysha (Series A, Marketplace): At ResQ, the BizOps team gets exposure to all other teams, and therefore exposure across the whole business. Teams like Product, Engineering, and Finance. Also, because of the size of our organization, BizOps steps in for teams or roles that don’t formally exist.

We also work with end-customers. In some cases, we’ll help build a presentation for a customer by pulling in relevant metrics and then will step in alongside the account manager to help present that portion of the presentation.

On a day-to-day basis, I would say that we’re typically always interacting with Product or any of our operating teams, plus anyone who is out in the field with customers - like Customer Success or Sales.

Alysha (Series A, Marketplace): That’s a great question that is very hard to answer! Typically, the types of projects we work on are initiatives that will fundamentally change the business. A regular project would probably last two or three weeks from start to finish. Smaller projects, or more ad hoc initiatives, would probably take a couple of days.

An example of a project I’ve worked on was a customer segmentation exercise. When I started at ResQ, we were approaching all customers the same. As a growing marketplace company, we realized that wasn’t scalable and it’s advantageous to approach different customers in different ways, depending on their needs. It was really an exercise in putting data behind segmenting our customer base and defining our service levels accordingly. It was a big project that required aligning stakeholders from the BizOps and Customer Success teams. We were to achieve alignment by using a scalability lens which spurred a lot of really great discussions on growth and risk. Such as, who are our most important customers? Which types of customers should we try and avoid? Etc.

Sybil (Series E, SaaS): I’ll dive into one of my first projects as an example. In SaaS business models you have monthly recurring revenue (MRR) events. Identifying opportunities to boost Expansion MRR and preventing Reduction MRR are two big areas of focus. My project was to analyze Reduction MRR trends and provide a recommendation to Customer Ops to minimize reduction. This hadn’t been done before so I needed to start the project from scratch, which is something that I particularly enjoy. As a side note, that’s something you get to do a lot in tech - work on something that nobody has done before, either because it is something new or it was not a priority until now. It took me around three weeks to complete the project after running into some data challenges and still being new to the business.

There were two things that I learned from this project:

Last question, do you work on one project at a time or do you usually have a lot on the go?

Alysha (Series A, Marketplace): I would say I have maybe two or three big projects that I'm working on or keeping tabs on. And then, I would say five or six smaller initiatives going on at one time.  Prioritization is such an important skill in this role. There are some things that can be done really quickly but have a small impact, and some that will have a big impact, but are gonna take a lot of your time away from other things.

Sybil: Usually many projects and initiatives are running concurrently and priorities can change from one thing to another very quickly. Today one thing might be the priority, but tomorrow I might be told, “Hey, we need to switch gears”. You need to be adaptable and able to prioritize and context switch really well.

And I think that's part of what makes BizOps awesome.

If you’re interested in a career in BizOps, there’s no better place to get started than The Commons Strategy + Operations Sprint. Apply today.

learner Story
Mentee Spotlight: Alon Jourdan
Meet Alon, a Strategy + Operations Sprint alum at The Commons who landed his current role thanks to referral from the community.
